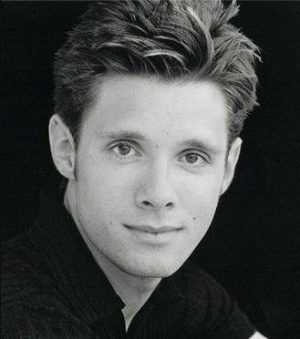 Danny is alive and kicking and is currently 46 years old.
Please ignore rumors and hoaxes.
If you have any unfortunate news that this page should be update with, please let us know using this .

Does Danny Pintauro Have the coronavirus?

Daniel John "Danny" Pintauro is an American actor best known for his role as Jonathan Bower on the popular American sitcom Who's the Boss? and his role in the 1983 film Cujo.
Pintauro first appeared on the television soap opera As the World Turns as the original Paul Ryan and in the film Cujo. He first came to prominence on the television series Who's the Boss?. After the series ended, he was less frequently cast. Pintauro went on to act in stage productions like The Velocity of Gary and Mommie Queerest.

Pintauro was born in Milltown, New Jersey, the son of John J. Pintauro, a manager, and Margaret L. (née Sillcocks). In 1994 he took time off from professional acting and attended Middlesex County College in Edison, New Jersey, and later Stanford University to study English and theater; he graduated in 1998.
In 1997, the National Enquirer tabloid outed him as gay. In April 2013 he was engaged to his boyfriend, Wil Tabares, and they married in April 2014.
Pintauro revealed in 2015 that he was HIV positive, having contracted the virus as the result of unsafe oral sex in 2003. He also disclosed that he had previously been addicted to methamphetamine.