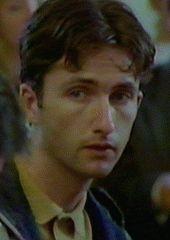 Darren is alive and kicking and is currently 49 years old.
Please ignore rumors and hoaxes.
If you have any unfortunate news that this page should be update with, please let us know using this .

Darren Tighe is an English actor and comedian, known for his roles in BBC sitcoms Thieves Like Us, The Visit and Ideal.
Darren Tighe was born in 1973 in Preston, Lancashire, England. He is known for 24 Hour Party People (2002), Wire in the Blood (2002) and Band of Gold (1995).

He attended Broughton High School and Preston College where he became interested in acting under the tutelage of drama teacher Pete Hartley before going to acting evening classes at Preston Playhouse.