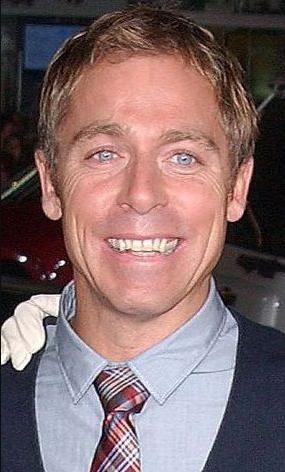 Dave is alive and kicking and is currently 52 years old.
Please ignore rumors and hoaxes.
If you have any unfortunate news that this page should be update with, please let us know using this .

Dave England (born December 30, 1969) is an American actor, stunt performer, and former professional snowboarder. He is known for appearing on the MTV series Jackass, as well as the films Jackass: The Movie, Jackass: Number Two, and Jackass 3D.
Dave England gets involved in stunts and pranks much like the rest of the cast, but he is the first one to get involved in something when fecal matter is involved. Dave proclaimed himself on the Jackass Number Two DVD commentary that he is the "world's first professional shitter," in as much as he gets paid to defecate on TV.

In Jackass 2.5, Dave jokingly claims that he is the only proven person in the world that is capable of defecating and even vomiting on command, although he finds urinating on command to be difficult.
In one stunt (on Jackass), Dave eats a number of uncooked ingredients that he thinks would be suitable for making an omelette. He then forces himself to become sick by drinking raw eggs, and proceeds to vomit into a bowl, which he then empties into a pan to fry. Finally, he, very enthusiastically, eats the omelette he has just made. One of Dave's skits (Poo Diaper) almost didn't make it to TV. This skit involves Dave reaching into a garbage can and eating out of a baby's diaper, which contains chocolate pudding. Johnny Knoxville told MTV to keep the skit, and after many debates MTV let Jackass keep "Poo Diaper."