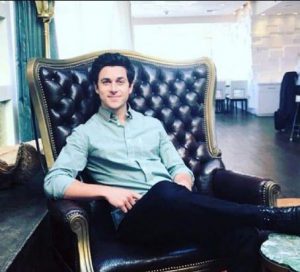 David is alive and kicking and is currently 32 years old.
Please ignore rumors and hoaxes.
If you have any unfortunate news that this page should be update with, please let us know using this .

Does David Henrie Have the coronavirus?

David Clayton Henrie is an American actor, television writer, director and producer. He is noted for playing Ted Mosby's future son Luke Mosby on How I Met Your Mother, Justin Russo in Wizards of Waverly Place, Larry on That's So Raven, London Busbee in Little Boy, and Rudy Ising in Walt Before Mickey.
By age 13, Henrie got his first big break, landing a regular role as Petey Pitt on the Fox sitcom The Pitts. Henrie next landed a leading role in the Hallmark movie, Monster Makers, with Linda Blair and George Kennedy, and was asked to come back for another Hallmark movie, to play a role in Dead Hollywood Moms Society. He also starred as Skylar Blaford in the Fox's sitcom Method & Red.

Henrie appeared in Grown Ups 2 (2013), opposite Taylor Lautner and Adam Sandler. In 2014, Henrie played the lead in 1000 to 1: The Cory Weissman Story, the true story of a young basketball player who suffered a catastrophic stroke as a freshman at Gettysburg College but, through determination and an indomitable spirit, returned to the court for one remarkable moment in the last game of his senior year. Later that year, Henrie guest starred in the ABC show Mind Games.
In October 2016, Henrie became engaged to former Miss Delaware Maria Cahill. They were married on April 21, 2017. In September 2018, he revealed that they are expecting their first child, a girl. On March 19, 2019, their daughter, Pia Francesa Philomena Henrie was born.