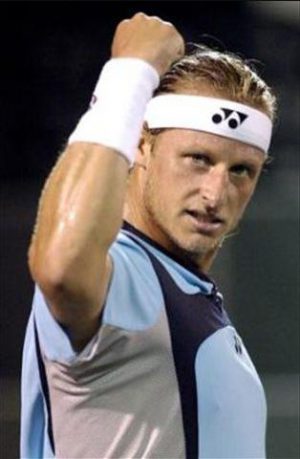 David is alive and kicking and is currently 40 years old.
Please ignore rumors and hoaxes.
If you have any unfortunate news that this page should be update with, please let us know using this .

David Pablo Nalbandian (Armenian: Դավիթ Նալբանդյան, born 1 January 1982) is an Argentine retired professional tennis player and former World No. 3. He was runner-up at the 2002 Wimbledon Championships and the winner of the Tennis Masters Cup in 2005. He has also won two Masters 1000 events. He is the only Argentine player in history who ever reached the semi-finals or better at all four Grand Slam tournaments and reached the men's singles final in Wimbledon.