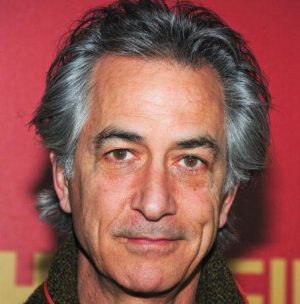 David is alive and kicking and is currently 73 years old.
Please ignore rumors and hoaxes.
If you have any unfortunate news that this page should be update with, please let us know using this .

Does David Strathairn Have the coronavirus?

One of the more underrated actors in Hollywood, tall, soft-spoken David Straithairn has earned almost consistent critical appreciation for his work in a number of films, most notably his many collaborations with director John Sayles.Born in San Francisco on January 26, 1949, Straithairn gained an entrance into acting via his days at Williams College. It was there that he met fellow student Sayles, and the two had their first collaboration with Return of the Seacaucus Seven. The 1980 film, which told the story of a group of friends reuniting after college, inspired a number of similar efforts, including The Big Chill. Following his debut, the actor -- whose additional performing experience came from his training at the Ringling Brothers Clown College -- appeared in supporting roles in a number of films, including Silkwood and Dominick and Eugene. He continued to collaborate with Sayles, acting in The Brother From Another Planet (1984), Matewan, (1987), and Eight Men Out. Straithairn was also introduced to television audiences with his role as bookstore owner Moss Goodman on the popular dramedy series Days and Nights of Molly Dodd.In the 1990s, Straithairn had prominent roles in a number of critically acclaimed films and television miniseries. In addition to his continuing work with Sayles, in 1991's City of Hope and Passion Fish (1992), the actor lent his talents to such films as Bob Roberts (1992), Sneakers (also 1992), The River Wild (a 1994 film which reunited him with Silkwood co-star Meryl Streep), and Losing Isaiah (1995). He also appeared in miniseries such as the 1991 O Pioneers! and In the Gloaming (1997), in which he played the father of an AIDS-stricken Robert Sean Leonard. In 1997, Straithairn had a memorable turn as a high-class pimp with a dodgy mustache in the wildly lauded L.A. Confidential and after a supporting role in Simon Birch (1998), once again collaborated with Sayles, this time playing a fisherman with a past in the 1999 Limbo. He remained one of the most respected character actors of his generation appearing as the father in the remake of The Miracle Worker, and starring in the drama Blue Car as a manipulative teacher. In 2005 he garnered an Oscar nomination and the biggest high-profile success of his career playing Edward R. Murrow in George Clooney's Good Night, and Good Luck. He followed up that success with appearances in such films as We Are Marshall, The Bourne Ultimatum, Howl, and Temple Grandin. In 2012 he was cast in Steven Spielberg's long-planned biopic Lincoln as William Seward.