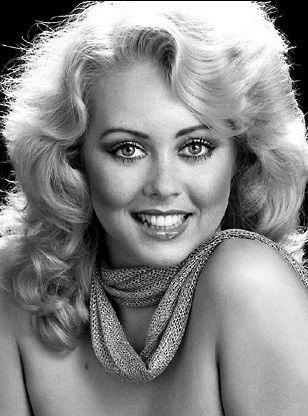 Debbie passed away on October 5, 1997 at the age of 36 in Kingston Upon Thames, Surrey, England. Debbie's cause of death was heroin overdose.

Debbie Linden (22 February 1961 – 5 October 1997) was a British glamour model and actress best known for her role as old Mr Grace's secretary in the sitcom Are You Being Served? (1981). Born in Glasgow, she played roles in various other TV series, such as The Professionals, Just Good Friends, Bergerac, and The Bill; she appeared in several feature films, among them Home Before Midnight and The Wildcats of St Trinian's.
The daughter of cabaret entertainer Neil Linden and Rosemary Linden, Debbie attended stage school and initially wanted to be a dancer (she studied both tap and ballroom dancing as a means of preparing herself for a career in show business). Linden instead went on to become a topless model and Page 3 girl.

Debbie first began acting in both films and TV shows in the late 1970's; she's probably best known for her recurring role as Old Mr. Grace's saucy secretary on the hit comedy series Are You Being Served? (1972).
Linden was plagued with a drug problem for years. On the night of 5 October 1997, she died of a heroin overdose at home at the age of 36.[1] Her boyfriend, Russell Ainsworth, was acquitted of manslaughter charges but sentenced to two-and-a-half years for supplying the drug.