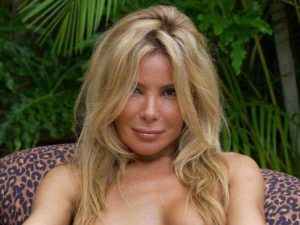 Deborah Funes passed away on May 23, 2017 at the age of 42 in Jackson Memorial Hospital Miami, FL USA. Deborah Funes's cause of death was breast cancer.

Deborah is a model and actress with mix of races from Spain and Belgium. She speak in English and Spanish. Her unique International look and bi-language let her work for the American and Latino American market.
Since she moved from her country Argentina to Miami the talent agencies were knocking on her door, her image as commercial model was everywhere…many magazines,postcards,posters,souvenirs,calendars and art gallery. She was also in Play Boy TV, MTV Commercial and many TV Shows, a variety of videos as an actress,model and performer.

Actress and model Deborah Funes began her career performing in elementary school plays in her native Argentina, where she acted to an audience of teachers, parents, and nuns. As an adult, she began modeling professionally at 18 and went on to appear in television commercials and popular shows on Latin TV before moving to the US. Now calling Miami home, Deborah has appeared in several independent films, alongside some big names in the industry, while making quite a name for herself.
Her growing list of credits include a lead role in Jim DeVault’s Jebadiah’s Axe, as well as prominent roles in Joe Hollow’s Disciples and Lawrence W. Nelson’s You Found Me.
In April 2014 she was diagnosed with breast cancer. The fund was raised to earn money for her treatment but she eventually died after 3 years of battling with the disease on May 23, 2017 at Jackson Memorial Hospital Miami, FL USA at age 42.