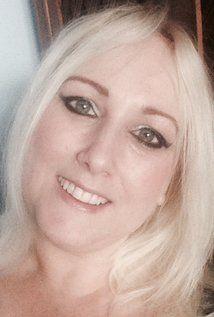 Deborah is alive and kicking.
Please ignore rumors and hoaxes.
If you have any unfortunate news that this page should be update with, please let us know using this .

Deborah Louise Robinson is a British producer and director. Following a successful career in senior management, she worked as a film critic, and this saw her reviews published internationally in many top newspapers and magazines. Additionally, she has written screenplays across all genres, with half of them now in development with production companies in the UK and the US.
'Last Will and Embezzlement', the highly acclaimed, feature-length documentary starring Hollywood icon, Mickey Rooney, produced by Deborah's former company, Starjack Entertainment, was her directorial debut. The film premiered in Manhattan, NY, in April 2012, to a full house and garnered rave reviews, including a half-page spread in the New York Times.

Deborah spearheaded the creation of an annual rock festival, Full Moon Dog Festival, which launched in England on 1st October 2011. The 2012 festival was filmed for a film entitled 'Madder Than a Full Moon Dog' which was produced, and directed by Deborah. 'Calicoon' starring Twisted Sister front-man, Dee Snider, is set to be her third production.
In December 2016, Deborah and her daughter, Ella founded the magical monthly subscription box, Witch Casket - the casket now has hundreds of subscribers in around 40 countries across the globe.