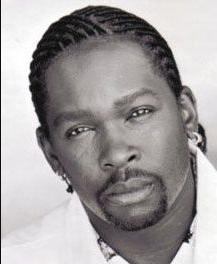 Deezer D (born 1965), whose real name is Dearon Thompson, is an American actor, rapper and motivational speaker. He is best known for his role as Nurse Malik McGrath in the US TV series ER, and for his roles in the films CB4 and Fear of a Black Hat. Deezer D's most recent album, Delayed, But Not Denied, was available on iTunes and from his website August 8, 2008. Previously, Thompson released Unpredictable (2002) and Living Up in a Down World (1999).