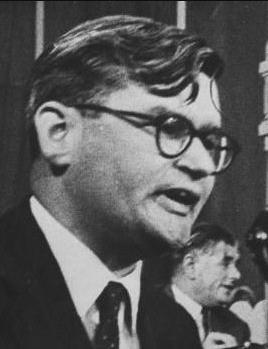 Desmond passed away on April 3, 1974 at the age of 53. Desmond's cause of death was barbiturate overdose.

Desmond Louis Donnelly (16 October 1920 – 3 April 1974) was a British politician, author and journalist who was a member of four different political parties during the course of his career, and moved between parties on five occasions.