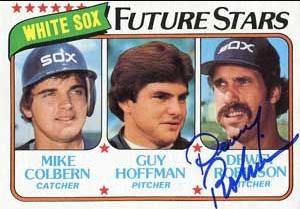 Dewey is alive and kicking and is currently 67 years old.
Please ignore rumors and hoaxes.
If you have any unfortunate news that this page should be update with, please let us know using this .

Dewey Everett Robinson (born April 28, 1955 in Evanston, Illinois) is an American professional baseball coach and former pitcher who worked in 30 Major League games, all in relief, for the Chicago White Sox (1979–81). He also spent four seasons as a bullpen and pitching coach in the Majors for the White Sox and Houston Astros. As of 2013, he was the roving minor league pitching instructor for the Tampa Bay Rays.