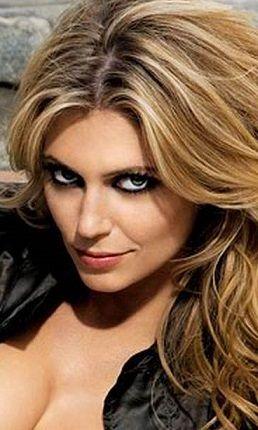 Diora is alive and kicking and is currently 39 years old.
Please ignore rumors and hoaxes.
If you have any unfortunate news that this page should be update with, please let us know using this .

Diora Lynn Baird (born April 6, 1983) is an American actress and former model for Guess? who has appeared in films such as Wedding Crashers (2005) and The Texas Chainsaw Massacre: The Beginning (2006). Baird was born in Miami, Florida. Her mother was also a model. She got into acting when her mother enrolled her in an acting class to help her overcome introversion. Later, she became vice president of her school's Thespian Society.
At the age of 17, she moved to Los Angeles in hope of pursuing an acting career. To earn money while auditioning, she worked at The Gap as well as a clown at children's parties, caterer, waitress and pre-school teacher until breaking into the modeling industry, most notably with Guess?. Her exposure increased considerably with an appearance on the cover of the August 2005 issue of Playboy magazine. She is signed to Elite Model Management in Miami.

She starred in a couple of videos for the Funny or Die website, including one with Garfunkel and Oates called "Go Running with Chicken" and "Sexy Dark Ages" with Robert Englund. She starred in another web video with the comedic duo called "This Party Took a Turn for the Douche". In 2010, she appeared in Night of the Demons. In February 2011, she starred in a short musical film called "Howlin' for You" for the band The Black Keys.
Baird and her ex-husband Jonathan Togo have one child. In 2017, Baird revealed that she was dating female comedian Mav Viola. Baird told The Advocate magazine that after years of assuming herself to be asexual, she identifies as lesbian. On December 29, 2017, Baird announced that she and Viola are engaged.