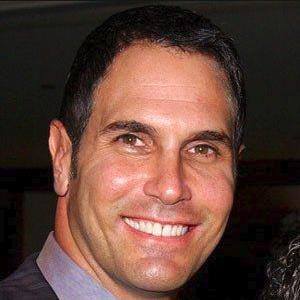 Don is alive and kicking and is currently 59 years old.
Please ignore rumors and hoaxes.
If you have any unfortunate news that this page should be update with, please let us know using this .

Does Don Diamont Have the coronavirus?

Don Diamont is an American actor. His best known roles include Brad Carlton on The Young and the Restless and Bill Spencer, Jr. on The Bold and the Beautiful. In 1990, Diamont was chosen as one of the 50 most beautiful people in the world by People Magazine, becoming the first daytime actor to receive the honor.
Diamont is the son of Judy (née Diamont; died 2006) and Albert Feinberg (died 1987). He has three siblings, two sisters Bette (died 1998) and Elena, and one brother, Jack (died 1989). With his ex-wife Rachel Braun, he has four sons. Diamont married his long-time girlfriend Cindy Ambuehl in Eze, France on June 12, 2012. They are parents to twin boys. He also raised his late sister Bette's son.

His son, Alexander, nicknamed Zander, played quarterback for the Indiana University football team.
In the August 15, 2006 edition of Soap Opera Digest, Diamont discusses his Jewish background and discloses that he did not fully embrace his Jewish heritage until later in life. Coincidentally, his storyline on The Young and the Restless (head written by Lynn Marie Latham & Scott Hamner) has paralleled his personal life in some ways. The show has revealed that the persona of "Brad Carlton" is actually "George Kaplan." (For dramatic purposes, the show has explained this by disclosing that George/Brad had to hide his past, and his Jewishness, for his own safety.)