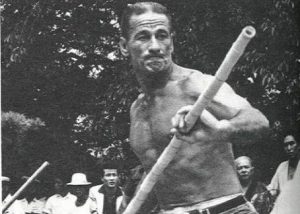 Donald Frederick "Donn" Draeger (April 15, 1922 – October 20, 1982) was an internationally known teacher and practitioner of Japanese martial arts. He was the author of several important books on Asian martial arts, and was a pioneer of international judo in the United States and Japan. He also helped make the study of martial arts an acceptable topic of academic research.