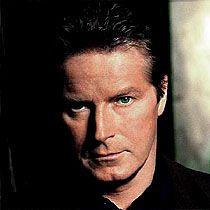 Donald is alive and kicking and is currently 74 years old.
Please ignore rumors and hoaxes.
If you have any unfortunate news that this page should be update with, please let us know using this .

Does Don Henley Have the coronavirus?

Donald Hugh "Don" Henley is an American singer-songwriter, producer, and drummer, best known as a founding member of the Eagles before launching a successful solo career. Henley was the drummer and co-lead vocalist for the Eagles from 1971-1980, when the band broke up, and from 1994-present, when they reunited. Henley sang the lead vocals on Eagles hits such as "Witchy Woman", "Desperado", "Best of My Love", "One of These Nights", "Hotel California", "Life in the Fast Lane", and "The Long Run".
In 1974, Henley became involved with Loree Rodkin, and the breakup of their relationship was the inspiration for the song "Wasted Time" and parts of the lyrics for "Hotel California". Late in 1975, Henley started dating Fleetwood Mac singer Stevie Nicks as her relationship with Lindsey Buckingham came to an end. The relationship lasted on and off for around two years. Nicks later wrote a song "Sara" that Henley claimed is about their unborn child. Henley then began a three-year-long relationship with actress/model and Bond girl Lois Chiles.

In the early 1980s, Henley was engaged to Battlestar Galactica actress Maren Jensen. His first solo album (I Can't Stand Still) is dedicated to Jensen, who also sings harmony vocals on the song, "Johnny Can't Read." Henley and Jensen separated in 1986.
In 1995, Henley married Sharon Summerall. Performers at the wedding included Bruce Springsteen, Sting, Billy Joel, John Fogerty, Jackson Browne, Sheryl Crow, Glenn Frey, and Tony Bennett. Henley later wrote the song "Everything Is Different Now" from the album Inside Job for Sharon. Summerall has been diagnosed with multiple sclerosis. They have three children together, two girls and a boy.