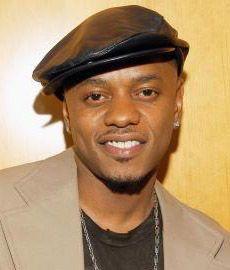 Donell is alive and kicking and is currently 49 years old.
Please ignore rumors and hoaxes.
If you have any unfortunate news that this page should be update with, please let us know using this .

Donell Jones (born May 22, 1973) is an American R&B singer, songwriter and record producer. He is most notable for the hits "U Know What's Up", "Where I Wanna Be", and his cover of Stevie Wonder's "Knocks Me Off My Feet". Jones broke into the music scene in the late 1990s with the release of his second album, Where I Wanna Be.
In June 1996, Jones released his debut album, My Heart, on LaFace Records. While most of the album was produced by Jones himself, it also featured help from Eddie Ferrell's Untouchables Entertainment production team, involving Mookie, Marks Sparks, Kenny Tonge, and Darin Whittington. A moderate commercial success, it peaked at number 30 on Billboard's Top R&B/Hip-Hop Albums, but failed to reach the upper half of the US Billboard 200. Its first two singles, "In the Hood" and a cover of Stevie Wonder's 1976 ballad "Knocks Me Off My Feet," became top thirty hits on the Hot R&B/Hip-Hop Songs as well as the New Zealand Singles Chart.

In 2009, Jones released The Lost Files, a collection of unreleased songs that were recorded between 1996 and 2004, through his own label Candyman Music Inc and TuneCore. Serving as prelude to his next studio album, The Lost Files failed to chart. Lyrics, Jones' fifth regular album, was released in September 2010 via Candyman and eOne Music. Chiefly produced by Jones' himself, it debuted and peaked at number 28 on the US Billboard 200 and at number nine on the Top R&B/Hip-Hop Albums, becoming his fourth entry on the latter chart. Lyrics produced two singles, including "Love Like This" which reached the top five of Billboard's Adult R&B Songs.