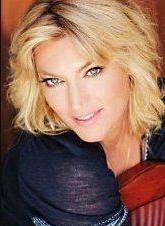 Donna is alive and kicking.
Please ignore rumors and hoaxes.
If you have any unfortunate news that this page should be update with, please let us know using this .

Does Donna W. Scott Have the coronavirus?

Donna W. Scott, a native of North Carolina, attended the University of North Carolina at Greensboro where she majored in dance and communication. At a young age, Donna began competing in beauty pageants, accumulating numerous titles and made her state proud when she was crowned Miss North Carolina, USA. At the same time, she became a favorite of advertising agencies and did numerous television commercials, making her film debut at 18 in Rich Hall's Vanishing America (1986) (V). Moving to New York, Donna became a successful model and studied acting at HB Studios. Her life changed when she landed a role in the blockbuster film Days of Thunder (1990) starring Tom Cruise and Robert Duvall. She later married the director, Tony Scott. Donna's versatility as an actor is apparent with diverse roles in MGM's Get Shorty (1995), Dark Breed (1996), a comedic turn in Austin Powers: International Man of Mystery (1997), Enemy of the State (1998), Idle Hands (1999), the Indy film Beat Boys Beat Girls (2003), the action-thriller Domino (2005), and the upcoming Disney film Deja Vu (2006). On television, Donna had recurring roles as "Tamara Van Zant" on "Nash Bridges" (1996) and "Lieutenant Grace" on "Soldier of Fortune, Inc." (1997).