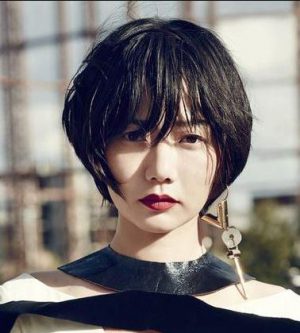 Doona is alive and kicking and is currently 42 years old.
Please ignore rumors and hoaxes.
If you have any unfortunate news that this page should be update with, please let us know using this .

Bae Doona (Hangul: 배두나; born October 11, 1979) is a South Korean actress and photographer. Bae first became known outside Korea for her roles as the protagonist's political activist girlfriend Cha Young-mi in Park Chan-wook's Sympathy for Mr. Vengeance (2002), as archer Park Nam-joo in Bong Joon-ho's The Host (2006), and as an inflatable sex doll-come-to-life in Hirokazu Koreeda's Air Doll (2009). She then had English-speaking roles in various works of The Wachowskis, including the films Cloud Atlas (2012) and Jupiter Ascending (2015), and the TV series Sense8 (2015).