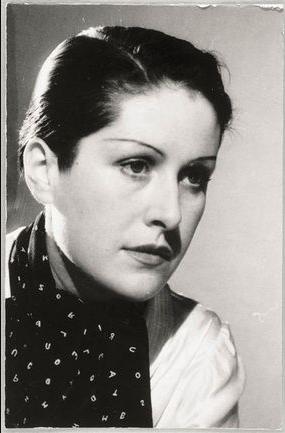 Dora Maar, born Henriette Theodora Markovi?, was an Argentinian-raised photographer of French and Croatian descent, with further known artistic work in poetry, and painting; she is most widely known as Pablo Picasso's muse of nearly a decade, including for his widely known pieces Guernica and The Weeping Woman. Maar painted some minor elements of Guernica, and she became better known in the art world via her photographs of the stages of Picasso's execution of the masterwork in his rue des Grands Augustins workshop. After the Picassso years she turned to analysis, and eventually to Roman Catholicism, and is famously quoted as saying, "After Picasso, only God." Maar spent her last years living between Paris and a house that Picasso had given her, in Provence. She displayed her paintings through the 1990s, with a last show two years prior to her death. She died at the age of 89 years in Paris, and is buried alongside family at Clamart Cemetery in Hauts de Seine.