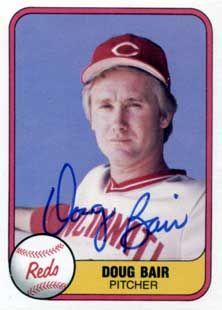 Charles is alive and kicking and is currently 73 years old.
Please ignore rumors and hoaxes.
If you have any unfortunate news that this page should be update with, please let us know using this .

Charles Douglas Bair (born August 22, 1949) is a right-handed former Major League Baseball (MLB) pitcher. He played all or part of fifteen seasons in the majors, from 1976 until 1990, for seven different teams. In 2008, he served as pitching coach for the Dayton Dragons, but was let go at the end of the season.