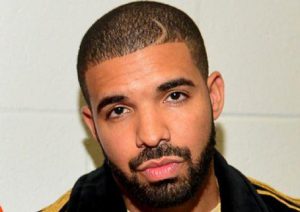 How Old Is Drake? Drake Birthday

Aubrey is alive and kicking and is currently 35 years old.
Please ignore rumors and hoaxes.
If you have any unfortunate news that this page should be update with, please let us know using this .

Does Drake Have the coronavirus?

The multi-Grammy-award-winning rapper Drake has had two shots at fame — and nailed them both. He first came to prominence in the teen soap Degrassi: The Next Generation in the role of Jimmy Brooks, a wheelchair-bound character he played for seven years. After leaving the show he became one of the biggest rappers on the planet after signing a deal with Lil Wayne's label Young Money Entertainment. He is rarely out of the headlines, whether it’s for dating Rihanna or Jennifer Lopez, founding his own label, OVO Sound, or fronting the NBA’s Toronto Raptors as the team's global ambassador. It's no surprise that Jay Z labeled him as the Kobe Bryant of hip hop.
The Washington Post editor Maura Judkis credits Drake for popularizing the phrase "YOLO" in the United States, with his single, "The Motto", which includes, "You only live once: that's the motto, nigga, YOLO." Drake later popularized the term "The Six" in 2015 in relation his hometown Toronto, subsequently becoming a point of reference to the city. Furthermore, the subject matter of his artistry often revolving around relationships, have had widespread impact on social media through photo captions commonly used to reference emotions or personal situations. However, his lyrical contents have had a negative reception from fans and critics deeming him as sensitive; a trait that is understood as being antithetical to hip hop culture. June 10 was declared "Drake Day" in Houston, Texas. In 2016, Drake visited Drake University after a show in Des Moines, in response to an extensive social media campaign by students that began in 2009, advocating for his appearance. In 2016, Drake spoke on the shooting of Alton Sterling, publishing an open letter expressing his concern for the safety of ethnic minorities against police brutality in the United States. He would also donate $200,000 in order to aid relief efforts in Houston as a result of Hurricane Harvey. In February 2018, following the single "God's Plan" debut at no. 1 on the Billboard Hot 100, Drake donated $50,000 to a Miami homeless shelter and giving a University of Miami student $50,000 to help with her tuition. Drake then "kept up the spending spree" by donating the rest of the song's video budget, $996,631.90, to several charitable causes and regular people across Miami.

The music video for "Hotline Bling" went viral, due to Drake's eccentric choices in dancing. The video has been remixed, memed, and was heavily commented on due to Drake's unconventional nature on the song, causing it to gain popularity on YouTube, spawning several parodies. Drake has also been critiqued for his expensive, product placement-heavy attire, exampled by the video for "Hotline Bling". Drake modelled a $1,500 Moncler Puffer Jacket, a $400 Acne Studios turtleneck, and limited edition Timberland 6" Classic Boots. This foresaw collaborations between OVO and Canada Goose, in which various items of clothing were produced. Drake had also released his own collection of Air Jordans, dubbed the "Air Jordan OVOs". Moreover, his style and dress sense have caused GQ magazine to describe him as " the most stylish men alive".