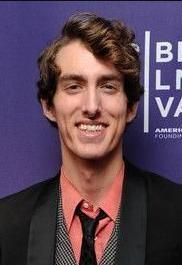 Dustin is alive and kicking and is currently 33 years old.
Please ignore rumors and hoaxes.
If you have any unfortunate news that this page should be update with, please let us know using this .

Dustin Ingram started his career on stage at age 6 in "Joseph & the Amazing Technicolor Dreamcoat" and it has been an "Amazing Dream" ever since. Both of Dustin`s parents are members of Actors Equity Association ("Stage Actors"), and brought Dustin along for the ride. Dustin loved it so much he continued to do stage work for 5 years, and at age 12 decided he wanted to be a TV & Film Actor. He signed with his first Talent Agency and quickly booked Commercials, Student Films, a recurring Role on the Nickelodeon series "Unfabulous" and a Disney Feature Film "Sky High" starring Kurt Russell & Kelly Preston. Dustin feels very, very blessed to be doing what he loves to do! He can`t imagine doing anything else.