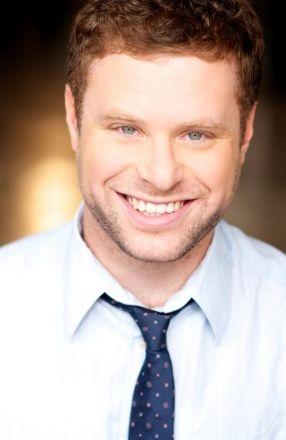 Dylan is alive and kicking and is currently 35 years old.
Please ignore rumors and hoaxes.
If you have any unfortunate news that this page should be update with, please let us know using this .

Born and raised in San Francisco and now based in Los Angeles, Dylan Saunders knew he wanted to be an actor ever since he first saw “Back to the Future” as a kid. After years of channeling Marty McFly, he began acting under the auspices of American Conservatory Theatre, where he appeared in two world premieres, one of which later toured to a festival of new works at London’s prestigious National Theatre. While in high school, Dylan was an active member of Conservatory Theatre Ensemble, as well as the recipient of ACT's Distinguished Young Artist Award, and the Steve Silver Scholarship for the Arts. At fourteen, his work in a local production of THE WINSLOW BOY helped earn a San Francisco Bay Area Theatre Critics Circle nomination.Dylan received a BFA in Acting from the University of Michigan, where he also studied English Literature. While at Michigan, Dylan worked under Priscilla Lindsay of Indiana Rep (YOU NEVER CAN TELL), Timothy Douglas of Actors Theatre of Louisville (PRIDE AND PREJUDICE), as well as SAFD co-founder Erik Fredricksen, and members of the Royal Shakespeare Company. He also toured LORCA IN A GREEN DRESS--a new work by Pulitzer-Prize winning playwright Nilo Cruz--to the International Apostrof Theatre Festival in Prague. He went on to perform for the Kennedy Center American College Theatre Festival, and has since worked regionally for Milwaukee Repertory Theatre, Shakespeare Santa Cruz, New Leaf Theatre, and Chicago Shakespeare Theatre.As a vocalist, Dylan has collaborated with acclaimed poet and rapper George Watsky on the EP, "Watsky and Mody," "Nothing Like the First Time," as well as two international concert club tours of the United States, Canada, and Europe. Dylan's first full-length solo studio album, Confluence, is due for release in the winter of 2013.Dylan is a company member of the new media and theatre production company, StarKid Productions. The creative team behind the online hit, A VERY POTTER MUSICAL, StarKid's videos have garnered over 150 million views on YouTube, as well as three Billboard-charting cast albums, a nearly sold-out 15-city tour of North America, and critical acclaim from The New York Times, Vanity Fair, Entertainment Weekly, New York Magazine, The Hollywood Reporter, The Detroit Free Press, Playbill, The Chicago Tribune, The Village Voice, Billboard, as well as Perez Hilton, "Access Hollywood," WGN, MTV, and National Public Radio.Upcoming appearances include Mike, the lovable but daft online gamer in Reckless Tortuga's hit webseries, "The Clan" (series regular), as Gus, the deranged gopher in Finite Films' original sci-fi webseries "Anamnesis," as well as leading roles in StarKid Productions' latest original musical parody, TWISTED, and an independent production of Stephen Adly Guirgis' THE LAST DAYS OF JUDAS ISCARIOT, slated for a summer release in Chicago.