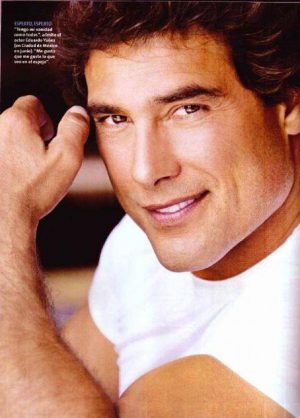 Eduardo is alive and kicking and is currently 61 years old.
Please ignore rumors and hoaxes.
If you have any unfortunate news that this page should be update with, please let us know using this .

Does Eduardo Yáñez Have the coronavirus?

Eduardo Yáñez is one of Mexico's most celebrated leading men of stage and television. Born in Mexico City, this handsome and charming star is one of the most sought-after male actors in the Mexican television industry. He has appeared in several soap operas, such as Quiéreme siempre (1981), El amor nunca muere (1982), El maleficio (1983), Tú eres mi destino (1984), Senda de gloria (1987), Marielena (1994), Guadalupe (1993), En carne propia (1990), and Sweet Challenge (1988), to name a few. His Performance in Guadalupe (1993) earned him broad critical acclaim. His performance in Yo compro esa mujer (1990) brought him status as a leading man of unique style and ability and prompted TV and soap opera magazines to name him Best Actor of the Year. Yáñez' popularity also extends to the silver screen, where he has crossed-over successfully to the American market, co-starring in the movies The Punisher (2004), opposite John Travolta; Held Up (1999), with Jamie Foxx; and Striptease (1996) with Demi Moore and Ving Rhames. An Emmy Award-winning actor, Yáñez is also known for his television roles on CSI: Miami (2002) opposite David Caruso and recently, Sleeper Cell (2005). He was named in People Espa;ñol as one of the hottest 50 men in the world. His new Telenovella, La verdad oculta (2006), is ranked #1 in Mexico, and is rapidly rising in all Spanish language markets, worldwide, including Spain. Soon to be released in the United States, it is the most anticipated series in the history of Spanish television.