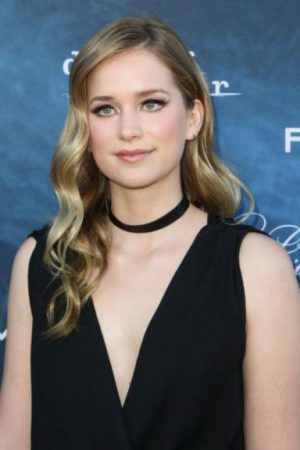 Elizabeth is alive and kicking and is currently 30 years old.
Please ignore rumors and hoaxes.
If you have any unfortunate news that this page should be update with, please let us know using this .

Does Elizabeth Lail Have the coronavirus?

Elizabeth Dean Lail is an American actress. She is known for her role as Anna in the ABC adventure fantasy television series Once Upon a Time.
Lail mostly worked in student film productions, such as Model Airplane and Without, immediately after graduating from university. She had moved to New York City to pursue stage work when she landed an audition for ABC's Once Upon a Time, after which she was cast as Anna in the fourth season of the series. Lail was cast in a starring role in the Freeform horror series Dead of Summer playing the role of camp counselor Amy.

On July 27, 2017, Lail was cast as the female lead in the Lifetime television series, You, opposite Penn Badgley and Shay Mitchell, for which she was nominated for Best Actress in Streaming Presentation at the 45th Saturn Awards. In October 2019, Lail confirmed in an interview that she will reprise her role as Guinevere Beck in a guest appearance on the second season of You.