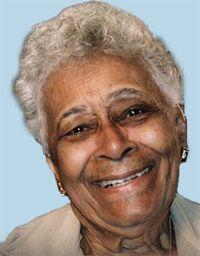 Ella is alive and kicking and is currently 85 years old.
Please ignore rumors and hoaxes.
If you have any unfortunate news that this page should be update with, please let us know using this .

Ella Mitchell (born August 15, 1937) is an African-American soul singer and actress. Mitchell is best remembered for playing the comic role as Hattie Mae Pierce (Big Momma) in the 2000 comedy film Big Momma's House and Evillene the evil witch in the original Broadway theatre production of the musical "The Wiz".
Mitchell appeared in the 1975 film Lord Shango. Mitchell reprised her role as Evillene when The Wiz revived on Broadway in 1984. She reprised the role again when the show was on tour in 1992.

Mitchell was a member of The Gospel All Stars and The Bradford Singers, and performed with the Alvin Ailey American Dance Theater for 30 years.