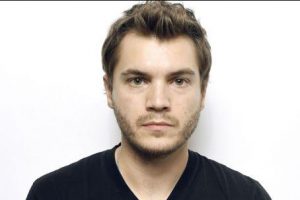 Emile is alive and kicking and is currently 37 years old.
Please ignore rumors and hoaxes.
If you have any unfortunate news that this page should be update with, please let us know using this .

Does Emile Hirsch Have the coronavirus?

Emile Davenport Hirsch is an American film actor, whose works include Into the Wild, Lone Survivor, Milk, Prince Avalanche, The Motel Life, Speed Racer and the A&E networks simulcast miniseries Bonnie & Clyde. He began performing in the late 1990s, and became known as a film actor after roles in Lords of Dogtown, The Emperor's Club, The Girl Next Door, Alpha Dog and the Sean Penn-directed film Into the Wild.
Hirsch played Christopher McCandless in Into the Wild (2007). He lost 40 pounds for the role, which earned him a Screen Actors Guild nomination for best actor. Esquire said, "[Hirsch] creates a vivid, unforgettable character you at once admire and pity."

He had ventured into Africa along with four young activists, and kept a journal of his five-day trip. Reflecting on his trip, Hirsch said, "Now I look back at some of the earlier parts of this travelogue and almost chuckle at my naïveté. Maybe we can all come together to change the world."
On October 27, 2013, Hirsch's first child was born, a boy named Valor. The child's mother is a woman Hirsch dated; however, they are no longer in a relationship.
On February 12, 2015, Hirsch was charged with aggravated assault after initiating an altercation with, and then strangling, Paramount Pictures executive Daniele Bernfeld on January 25, 2015, at Tao Nightclub in Park City, Utah. On August 17, 2015, he pleaded guilty to misdemeanor assault, and was sentenced to 15 days in jail. He was also fined $4,750, received 90 days of probation, and ordered to undergo 50 hours of community service.