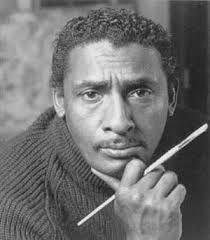 Ernie passed away on April 27, 2009 at the age of 70 in Los Angeles, California. Ernie's cause of death was complications from a rare blood disorder.

Ernest "Ernie" Eugene Barnes, Jr. (July 15, 1938 – April 27, 2009) was an African-American painter, well known for his unique style of elongation and movement. He was also a professional football player, actor and author.