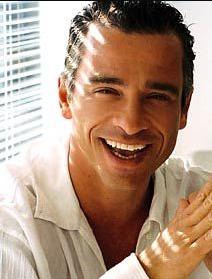 Eros is alive and kicking and is currently 58 years old.
Please ignore rumors and hoaxes.
If you have any unfortunate news that this page should be update with, please let us know using this .

Does Eros Ramazzotti Have the coronavirus?

Eros Walter Luciano Ramazzotti is an Italian musician and singer-songwriter. Ramazzotti is popular in Italy and most European countries, and throughout the Spanish-speaking world, as he has released most of his albums in both Italian and Spanish.
Ramazzotti's first single, "Ad un amico" (To a Friend), was released in 1982, and was not particularly well received. Soon after, Eros met Renato Brioschi, who mentored the young artist toward his first success in 1984 at the highly regarded Sanremo Festival. His song, "Terra promessa" (Promised Land) won the Newcomers' category, and was subsequently released widely throughout Europe.

In 1985, Ramazzotti took part in the Sanremo Festival again with the song "Una storia importante" (An Important Story), taken from his debut album Cuori agitati (Troubled Hearts). While only placing sixth at the festival, "Una storia importante" was released as a single and became a huge hit in many European countries, including France where it sold a million units. His second album Nuovi eroi (New Heroes), released in 1986, earned two Platinum-awards in Switzerland with over 100,000 sales, and Gold status in Germany with over 250,000 sales. At his second Sanremo Festival appearance in 1986 his memorable single, "Adesso tu" (Now You) from Nuovi eroi won the overall competition.
Ramazzotti was married to Swiss model and actress Michelle Hunziker from 1998 to 2002, with whom he has a daughter Aurora Sophie (born 5 December 1996). Ramazotti's 1996 hit song "Più bella cosa" was dedicated to then-girlfriend Michelle (who appears in the song's music video), and his follow-up release "L'aurora" in February 1997 to his new-born.
Ramazzotti remarried at age 52 to Italian model and actress Marica Pellegrinelli (born 1988), on 6 June 2014 at the Royal Palace of Milan. They have a daughter, Raffaela Maria (born 3 August 2011) and a son, Gabrio Tullio (born 14 March 2015).