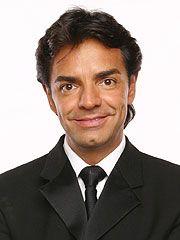 Eugenio is alive and kicking and is currently 60 years old.
Please ignore rumors and hoaxes.
If you have any unfortunate news that this page should be update with, please let us know using this .

Does Eugenio Derbez Have the coronavirus?

Eugenio Derbez's mother, Silvia Derbez, died on April 6, 2002 as she was 70 years old. Her cause of death was pulmonary cancer.

Eugenio González Derbez is a Mexican actor, comedian, film director, screenwriter, author, entrepreneur, producer and director. In 2014, he was recognized by Variety as the most influential Hispanic male in the entertainment industry. Eugenio Derbez is one of the most influential creative forces in Latin America, and is one of the most recognized actors among the Spanish-speaking population in the US.
His feature film, Instructions Not Included, which he directed, co-wrote and starred in, became the most successful Spanish-language film ever in the US and worldwide, and broke numerous box office records, earning $99 million worldwide.

Eugenio Derbez is the star, writer, director, producer, and creator of some of the most popular Spanish language TV shows of all time including Al Derecho y Al Derbez, Derbez en cuando, XHDRBZ, Vecinos, and La familia P. Luche.
Eugenio Derbez is one of Mexico's more successful comedic actor and directors. He was recognized by Variety in 2014 as the #1 most influential Hispanic male in the world. In March 10, 2016, Derbez unveiled his star on Hollywood's Walk of Fame. The ceremony was attended by thousands of fans.
Eugenio currently resides in Los Angeles with his family. Derbez is married to Alessandra Rosaldo, actress, model, and former Sentidos Opuestos singer. He is father to Mexican comedic actress Aislinn Derbez, Mexican actor and singer Vadhir Derbez, Mexican actor Jose Eduardo Derbez and Aitana Derbez. He is a vegetarian.