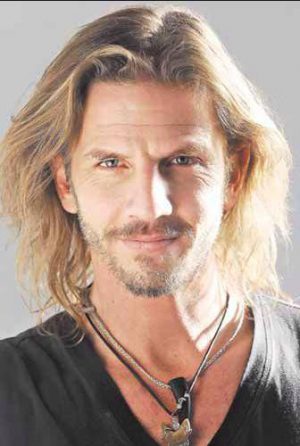 Facundo is alive and kicking and is currently 50 years old.
Please ignore rumors and hoaxes.
If you have any unfortunate news that this page should be update with, please let us know using this .

Does Facundo Arana Have the coronavirus?

Jorge Facundo Arana Tagle is an Argentine actor and musician. He is the winner of various awards for television and theater in Argentina. Arana is also noted for his solidarity work.
After four years in Telefe, Arana moved to Canal 13, where he had an important role in the successful police show 099 Central. In 2004, he starred as the title character in Padre Coraje, for which he received numerous awards, including a Martin Fierro de Oro.He made his first attempt on the stage in 2005 with the play Visiting Mr. Green where he held the role of Ross Gardiner,the play had huge success being the most watched play that year in Argentina and led him to win various awards. In 2006, he reunited with Natalia Oreiro for another Pol-ka/Canal 13 production, Sos mi vida, which was the year's highest-rated television program in Argentina.

In 2016 he returned to the theater with the play En el Aire. The play was a success, stayed for months in theaters, and lead to the presentation of his second, same-titled, album along with The Blue Light Orchestra. On May 2016, Arana managed to reach Mount Everest's peak.
Besides being a saxophone player, Arana has many hobbies and he has taken part in many extreme sports like diving,water-skiing,surfing,formula and motorcycles races. He's been a licensed pilot since March 2006. He is also an amateur climber. Arana has a blog and has published some of his cartoons in newspapers. He has claimed that if he wasn't an actor he would like to be a world champion surfer, a climber, a cartoonist or a novelist.
He had a relationship with the actress Isabel Macedo for ten years. He is married to actress Maria Susini. Together, they have three children: a daughter, India Arana (born 2008) and twin boys, Yaco and Leon Moro (born in 2009). His daughter's name was chosen by the well-known Uruguayan actress China Zorrilla.