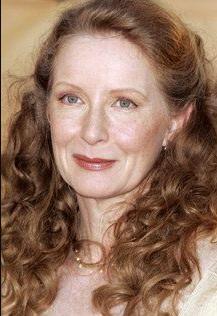 Frances is alive and kicking and is currently 68 years old.
Please ignore rumors and hoaxes.
If you have any unfortunate news that this page should be update with, please let us know using this .

Frances ConroyActive - 1978 - 2014 | Born - Nov 13, 1953 in Monroe, GA | Genres - Drama, Comedy Drama, Comedy, Crime, RomanceBiography by Andrea LeVasseur Veteran stage actress Frances Conroy studied drama at the Neighborhood Playhouse and the Juilliard School in New York. During the '70s, she performed regularly with regional and touring theater companies, including an off-Broadway production of Othello with Richard Dreyfuss and Raul Julia. One of her first film appearances was as a generic Shakespearean actress in Woody Allen's 1979 classic Manhattan. In 1980, she made her Broadway debut in The Lady From Dubuque. Small roles followed in feature films like the sports drama Amazing Grace and Chuck and the family drama Rocket Gibraltar (as one of Burt Lancaster's daughters). She mainly focused on her stage career for the rest of the '80s, appearing with the Broadway cast of Our Town and receiving several Drama Desk nominations.In 1992, Conroy became friends with famed playwright Arthur Miller. This friendship led to much involvement in his productions, on both stage and screen. During this time, she also appeared on some television shows, miniseries, and made-for-TV movies, and met and married fellow actor Jan Munroe. She was nominated for a Tony Award in 1998 for her work on the Broadway hit Ride Down Mt. Morgan. Like many of her theatrically trained colleagues, she received unexpected attention for the award-winning HBO dramatic series Six Feet Under. For her role of family matriarch Ruth Fisher, she's been recognized by the Screen Actor's Guild, the Golden Globes, and the Emmys. Following small roles in the mainstream Maid in Manhattan and the independent Die Mommie Die, Conroy portrayed legendary actress Katharine Hepburn's mother, Kit, in Martin Scorsese's 2004 Howard Hughes biopic The Aviator.