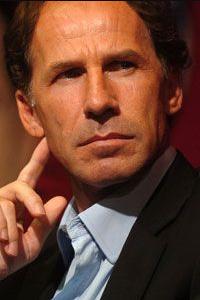 Franco is alive and kicking and is currently 62 years old.
Please ignore rumors and hoaxes.
If you have any unfortunate news that this page should be update with, please let us know using this .

Franco Baresi (born 8 May 1960 in Travagliato, Italy) is an Italian football youth team coach and a former player and manager. He played as a sweeper and as a central defender, and spent his entire 20-year career with Serie A club A.C. Milan, captaining the club for 15 seasons. He is considered one of the greatest defenders of all time, and was ranked 19th in World Soccer's list of the 100 greatest players of the twentieth century. He won the Champions League 3 times, as well as 6 Serie A titles, 4 Supercoppa Italiana titles, 3 European Super Cups and 2 Intercontinental Cups.