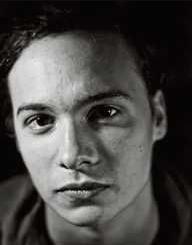 Frank is alive and kicking and is currently 31 years old.
Please ignore rumors and hoaxes.
If you have any unfortunate news that this page should be update with, please let us know using this .

Does Frank Dillane Have the coronavirus?

Frank Dillane's mother, Naomi Wirthner, is still alive and kicking. She is British and has had a career as a co-founder & director of barebones project.

Frank Dillane is an English actor, known for playing Owen Coffin in In the Heart of the Sea , Tom Riddle in Harry Potter and the Half-Blood Prince and Nick Clark in Fear the Walking Dead.