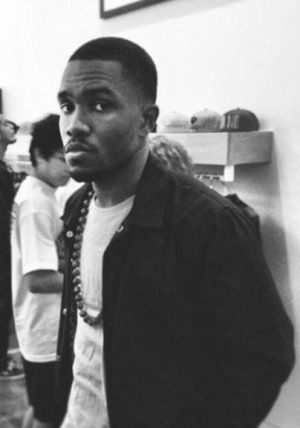 Frank is alive and kicking and is currently 34 years old.
Please ignore rumors and hoaxes.
If you have any unfortunate news that this page should be update with, please let us know using this .

Does Frank Ocean Have the coronavirus?

Christopher Francis "Frank" Ocean, is an American singer, songwriter and rapper from New Orleans, Louisiana. Ocean embarked on his musical career as a ghostwriter for several prominent artists, including John Legend, Justin Bieber and Brandy. In 2010, he became a member of alternative hip hop collective OFWGKTA, also known as Odd Future. Ocean subsequently released his breakout mixtape, Nostalgia, Ultra, to critical acclaim in 2011. The singles, "Novacane" and "Swim Good", both achieved chart success. In 2012, Ocean finished in second place in BBC's Sound of 2012 poll.
Ocean was born on October 28, 1987, in Long Beach, California. He is the only son to father Calvin Edward Cooksey, and mother Katonya Breaux, and was given the birth name Christopher Edwin Breaux. When he was five years old, Ocean and his family relocated to New Orleans, Louisiana.

In June 2016, following the Orlando gay nightclub shooting that killed 49 people, Ocean published an essay expressing his sadness and frustration regarding the event. He mentions his first experience with biphobia was with his father when he was six years old and how many people pass on their hateful ideals to the next generation which sends thousands of people down the path of suicidal tendencies. In 2017, Ocean's father Calvin Cooksey sued him for $14.5 million over the homophobia claim. On October 17, 2017, and after a day-long hearing that saw Ocean, father Calvin Cooksey, and mother Katonya Breaux taking the stand, the residing U.S. District judge ruled that Cooksey hadn't provided sufficient evidence of defamation and ruled in favor of the singer.