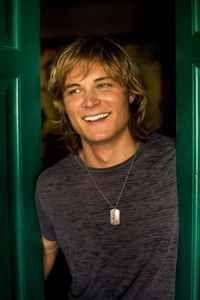 Frankie is alive and kicking and is currently 39 years old.
Please ignore rumors and hoaxes.
If you have any unfortunate news that this page should be update with, please let us know using this .

Frank Robert "Frankie" Ballard IV (born December 16, 1982) is an American country music singer-songwriter and guitarist. He has released one album each for Reprise Records and Warner Bros. Records, and has charted three singles on the Hot Country Songs charts.