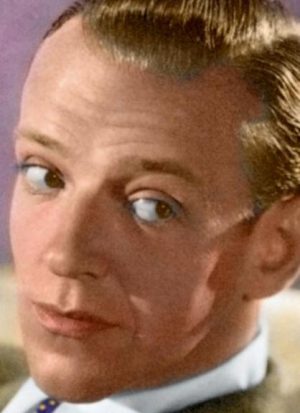 Frederick passed away on June 22, 1987 at the age of 88 in Los Angeles, California. Frederick's cause of death was pneumonia.

Fred Astaire was born in Omaha, Nebraska, to Johanna (Geilus) and Fritz Austerlitz, a brewer. Fred entered show business at age 5. He was successful both in vaudeville and on Broadway in partnership with his sister, Adele Astaire. After Adele retired to marry in 1932, Astaire headed to Hollywood. Signed to RKO, he was loaned to MGM to appear in Dancing Lady (1933) before starting work on RKO's Flying Down to Rio (1933). In the latter film, he began his highly successful partnership with Ginger Rogers, with whom he danced in 9 RKO pictures. During these years, he was also active in recording and radio. On film, Astaire later appeared opposite a number of partners through various studios. After a temporary retirement in 1945-7, during which he opened Fred Astaire Dance Studios, Astaire returned to film to star in more musicals through 1957. He subsequently performed a number of straight dramatic roles in film and TV.