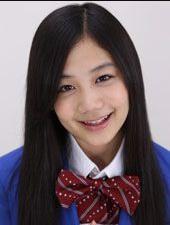 Fumika is alive and kicking and is currently 28 years old.
Please ignore rumors and hoaxes.
If you have any unfortunate news that this page should be update with, please let us know using this .

Fumika Shimizu (清水富美加, Shimizu Fumika, born 2 December 1994) is a Japanese actress, gravure idol and model. She is currently affiliated with LesPros Entertainment.
In February 2017, she announced her temporary retirement from the entertainment industry to join the controversial Happy Science religion. Through Happy Science, she announced a return to acting under her new name Yoshiko Sengen (千眼 美子 Sengen Yoshiko) with Happy Science's ARI Production company.