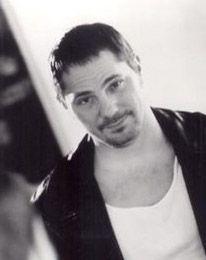 Gabriel is alive and kicking and is currently 53 years old.
Please ignore rumors and hoaxes.
If you have any unfortunate news that this page should be update with, please let us know using this .

Does Gabriel Bologna Have the coronavirus?

Gabriel Bologna's father, Joseph Bologna, died on August 13, 2017 as he was 82 years old. His cause of death was pancreatic cancer.

Gabriel Bologna's mother, Renee Taylor, is still alive and kicking at the age of 93. She is New Zealander and has had a career as a writer.

Gabriel Bologna was born on April 1, 1969 in the USA as Gabriel Niccolo Bologna. He is an actor and director, known for Tango Shalom, The Marshall Chronicles and Love Is All There Is (1996). He was previously married to Athena Ashburn.SpouseAthena Ashburn (1990 - 2001) (divorced) (1 child)