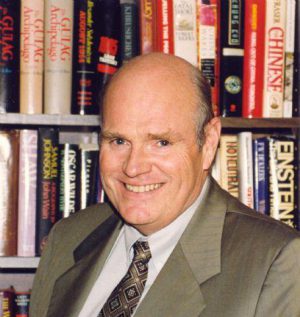 Gary William Bannerman (May 23, 1947 – July 11, 2011) was a broadcaster, writer and corporate communications consultant based in Vancouver, British Columbia Canada, and the author of several books. From 1973 until 1988 on Western Canada's largest radio station, CKNW, he hosted the dominant public affairs radio program in British Columbia, a three-hour network forum each weekday consisting of news, investigative reporting, celebrity interviews and open-line audience participation. His books focused on history, passenger shipping and, most recently, wasteful spending in the health care industry. In 1989 he and his wife Patricia, through their holding company Bannerline Enterprises Ltd., established Bannerline Corporate Communications, a consulting firm, advising what would become a long list of corporations both small and large. Although he continued to broadcast part-time for CKNW and other radio stations through most of the 1990s, the consulting and writing endeavours had become so time consuming that media work was restricted to rare guest appearances. Bannerman died July 11, 2011 from liver complications.