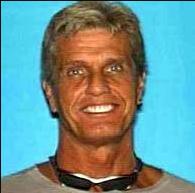 Gavin Smith (born December 10, 1954; disappeared May 1, 2012; declared legally dead May 1, 2014; body recovered October 26, 2014) was an American film studio executive, formerly a regional manager of distribution for 20th Century Fox. Prior to his 18 years in that position he played basketball at UCLA, where he was part of the 1975 team that won that year's NCAA championship, the last for legendary coach John Wooden. He later played at Hawaii, where he set the school's still-standing single-season scoring record of 23.4 points per game. He had a small role as a bartender in Cobb, the 1994 biopic of baseball legend Ty Cobb.