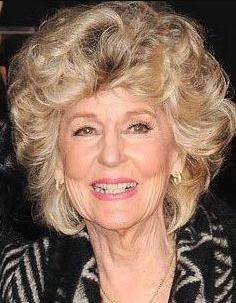 Georgia is alive and kicking and is currently 95 years old.
Please ignore rumors and hoaxes.
If you have any unfortunate news that this page should be update with, please let us know using this .

Does Georgia Holt Have the coronavirus?

Georgia Holt is an American singer-songwriter, actress, and model. Holt was the subject of the 2013 Lifetime documentary Dear Mom, Love Cher, which was executive produced by her daughter, Cher. Holt also released her album Honky Tonk Woman in 2013.
Holt sang on an Oklahoma City radio station when she was six years old, and by age 10 sang with bandleader Bob Wills and the Texas Playboys. She won several talent and beauty competitions. She had several minor television and film roles in the 1950s. After performing in a singers' workshop [Phil Moore Jr.'s "GET YOUR ACT TOGETHER"] in July 1978 at Studio One in Los Angeles, Mike Douglas, Merv Griffin, and Dinah Shore booked Holt to appear on their television talk shows.

In 2013, Holt and Cher appeared together on The Tonight Show with Jay Leno and The Ellen DeGeneres Show to promote the documentary Dear Mom, Love Cher and Holt's album Honky Tonk Woman.
Holt married six men; one of them twice. She and her first husband, Armenian-American John Sarkisian (whom she later divorced, remarried and divorced again), had daughter Cher (born Cherilyn Sarkisian on May 20, 1946). She later married actor John Southall, by whom she had her other child, actress Georganne LaPiere (born Georganne Elizabeth Southall on September 7, 1951). In 1961, Holt married Gilbert Hartmann LaPiere, a bank manager, who legally adopted Cher and Georganne, changing their last names to LaPiere. Through Cher, Holt has two grandchildren, Chaz Bono and Elijah Blue Allman.