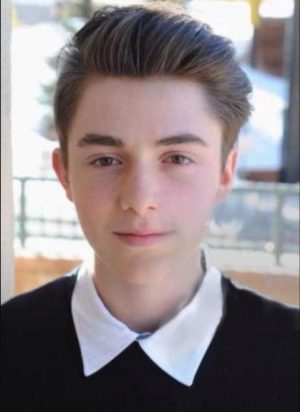 Greyson Michael is alive and kicking and is currently 24 years old.
Please ignore rumors and hoaxes.
If you have any unfortunate news that this page should be update with, please let us know using this .

Does Greyson Chance Have the coronavirus?

Greyson Michael Chance is an American singer, songwriter, and pianist. His April 2010 performance of Lady Gaga's "Paparazzi" at a sixth-grade music festival went viral on YouTube, gaining widespread attention and over 54 million views as of June 2015, as well as an appearance on The Ellen DeGeneres Show shortly afterward. Two of his original compositions, "Stars" and "Broken Hearts", gained over six and eight million views respectively on his YouTube channel. His debut single, "Waiting Outside the Lines", was released in October 2010. Chance's debut album, Hold On 'Til the Night, was released on August 2, 2011.