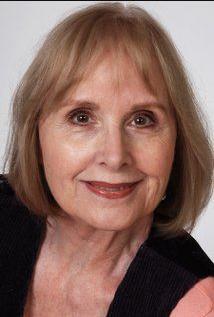 Christina is alive and kicking and is currently 80 years old.
Please ignore rumors and hoaxes.
If you have any unfortunate news that this page should be update with, please let us know using this .

Does Gyl Roland Have the coronavirus?

Gyl Roland's mother, Constance Bennett, died on July 24, 1965 as she was 60 years old. Her cause of death was cerebral hemorrhage.

Gyl Roland was born on December 9, 1941 in Los Angeles, California, USA as Christina Gyl Consuelo Roland. She is an actress, known for Days of Our Lives, Warlock (1989) and Nightmare Circus (1974).
She was cast to play Selena Cross in the TV show "Peyton Pace" in 1964. In the novel on which the series is based, Selena killed her sexually abusive stepfather. But during pre-production, ABC executives demanded the story not appear in the series and Roland was dropped.

She is the daughter of Gilbert Roland and Constance Bennett, niece of Morton Downey, Barbara Bennett and Joan Bennett, first cousin of Morton Downey Jr. and Melinda Markey, younger sister of Lorinda Roland and stepmother of Steve Barton and Susan Berman.
She was married to Dan Barton from 1 May 2005 to 13 December 2009 (Dan's death). She is also the former wife of Scott C. Harrison and Henry Sgrosso.