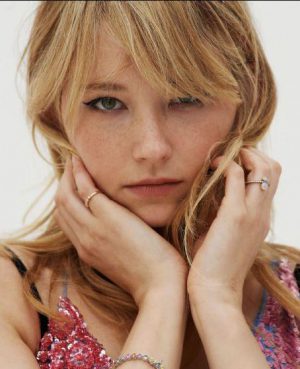 Haley is alive and kicking and is currently 34 years old.
Please ignore rumors and hoaxes.
If you have any unfortunate news that this page should be update with, please let us know using this .

Does Haley Bennett Have the coronavirus?

A natural talent, with a striking presence, Haley Bennett is quickly establishing herself as one of Hollywood's most dynamic actresses. Bennett will next star in Thank You For Your Service opposite Miles Teller, which is the directorial debut of Academy Award nominated writer Jason Hall (American Sniper). The film follows a group of U.S. soldiers returning from Iraq who struggle to integrate back into family and civilian life, while living with the memory of a war that threatens to destroy them long after they have left the battlefield. The film will be released by Dreamworks in 2017. Upcoming, Bennett is set to begin production on Red Sea Diving Resort opposite Chris Evans. The film is based on the 1981 rescue of Ethiopian Jews to Israel. The story picks up in 1977, when Israel's Mossad spy agency was given an assignment to rescue thousands of Ethiopian Jewish refugees in Sudan and deliver them to the Jewish state. Bennett most recently starred in the film adaptation of The Girl on the Train opposite Emily Blunt. Based on the best-selling novel by Paula Hawkins, the film is about a recently divorced woman (Blunt) who becomes obsessed with figuring out what happened to a young woman (Bennett) who goes missing. Universal released the film on October 7, 2016. Additionally last year, Bennett starred in Antoine Fuqua's The Magnificent Seven opposite Denzel Washington and Chris Pratt, Warren Beatty's Rules Don't Apply, and A Kind of Murder opposite Patrick Wilson and Jessica Biel. Her other film credits include first-person action film Hardcore Henry, Antoine Fuqua's hit film The Equalizer opposite Denzel Washington and Chloe Grace Moretz; Gregg Araki's festival darling Kaboom opposite Thomas Dekker and Juno Temple, which premiered at the Cannes International Film Festival in 2010 as well as Sundance the following year; Sleepwalking in the Rift, a series of vignettes directed by Cary Fukunaga; and the title role in The Weinstein Company's Kristy, an elevated genre film from the producers of Half Nelson and Blue Valentine. Bennett made her on screen debut opposite Draw Barrymore and Hugh Grant in the Marc Lawrence-directed film Music and Lyrics. She then went on to star in a range of different films including the hugely successful Marley and Me opposite Jennifer Aniston and Owen Wilson and directed by David Frankel, Arcadia Lost opposite Carter Jenkins and Academy-Award-Nominee Nick Nolte, and in Shekhar Kapur's short film Passages, opposite Lily Cole and Julia Stiles which premiered to critical acclaim at the prestigious Venice Film Festival.