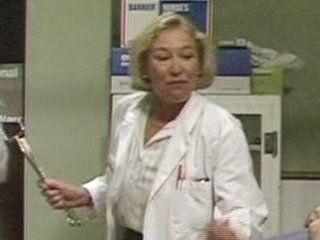 Heather passed away on May 30, 1996 at the age of 63 in Oxford, Oxfordshire, England. Heather's cause of death was cancer.

Heather Canning (Heather Joan Canning) (5 January 1933, Epsom, Surrey, England, UK – 30 May 1996, Oxford, Oxfordshire, England) was an English actress, who is best known for playing Lady Isobel Rockmetteller in The Full House , the second episode of the third series of the 1990s British comedy television series Jeeves and Wooster. She was married to Leon Lissek. She was also known for playing Shirley Coniston in the television soap opera Crossroads (1964). She was also known for Miss Julie (1972) and A Village Affair (1995).