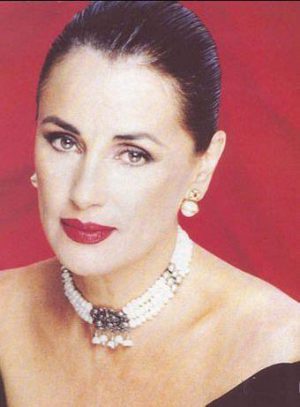 Helena is alive and kicking and is currently 78 years old.
Please ignore rumors and hoaxes.
If you have any unfortunate news that this page should be update with, please let us know using this .

Helena Rojo (born María Elena Enríquez Ruiz on August 18, 1944 in Mexico City, Mexico) is a Mexican actress and model.
In 1969, she signed an exclusivity contract with Productora Cinematográfica Marte. Later, she began expanding her acting career into television and theater. In 1974, her first television role was the lead in the telenovela Extraño en su pueblo. She was married to actor Juan Ferrara for many years. Currently, she is married to Benjamín Fernández, who is not in the entertainment industry. She is the mother of three children: Leo, Patricia and Elena, all from her first marriage.

She has worked with international talent, such as German director Werner Herzog and actor Klaus Kinski with a role in the film Aguirre, the Wrath of God. She also appeared in the film Foxtrot (1976), directed by Arturo Ripstein and alongside actors Charlotte Rampling, Peter O'Toole and Max von Sydow.
In 2006, she appeared on the American dramedy series Ugly Betty, where she plays a mother who tries to steer her son away from the stepmother who has eyes for him on a 'faux' telenovela that is watched on TV by the main character's family.