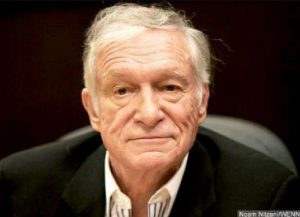 Hugh passed away on September 27, 2017 at the age of 91 in Holmby Hills, Los Angeles, California, USA. Hugh's cause of death was natural causes.

Hugh Marston Hefner was an American magazine publisher, editor, businessman, and playboy. He was best known as the editor-in-chief and publisher of Playboy magazine, which he founded in 1953. He was also the founder and chief creative officer of Playboy Enterprises, the publishing group that operates the magazine. Hefner was also a political activist and philanthropist in several causes and public issues.