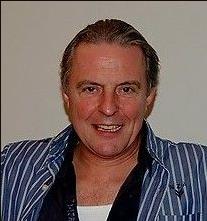 Huub is alive and kicking and is currently 68 years old.
Please ignore rumors and hoaxes.
If you have any unfortunate news that this page should be update with, please let us know using this .

Hubertus Wijnandus Jozef Marie (Huub) Stapel (born 2 December 1954 in Tegelen) is a Dutch actor. He is especially known from the films De Lift (1983), Flodder (1986) and Amsterdamned (1988) by Dick Maas. He also appeared in the Golden Earring video When the Lady Smiles.